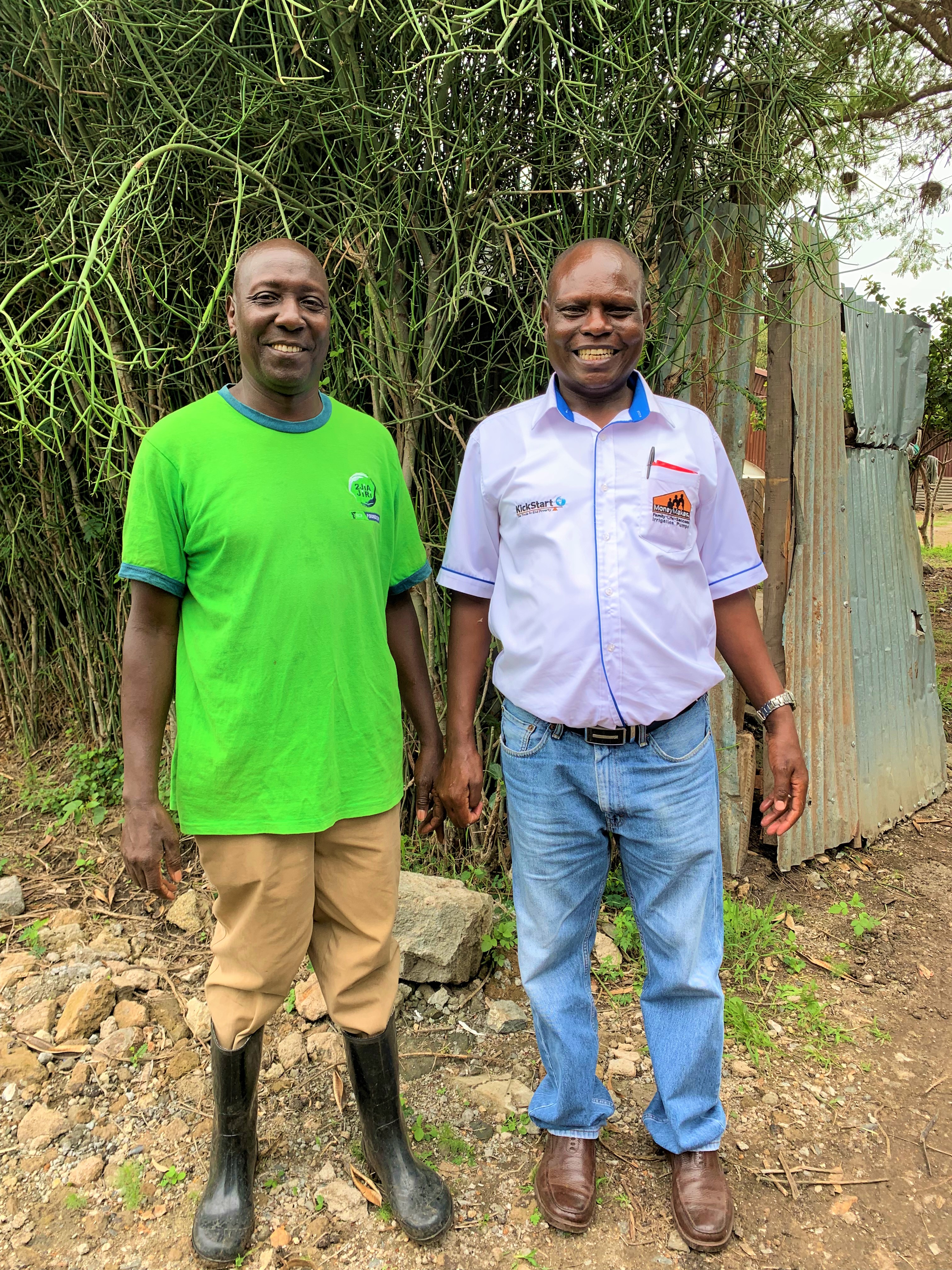 After learning about KickStart’s hip pump from a demonstration in 2012, Charles Momanyi immediately took out a loan to buy it, allowing him to start a year-round farming business that was no longer dependent on increasingly unreliable rain. Since then, Charles has used his increased profits to invest in drip irrigation, a sprinkler system, green house and water storage unit, as well as fish and chickens. After nearly eight years of using KickStart’s irrigation pump, Charles’ farm is now worth seven million Kenyan shillings, about $68,000.

Charles was proud to show how far he’s come. At the time, he did not have any extra money to buy the hip pump, so he paid in installments and within one growing season, he owned it fully. Within one year he was able to pay off his land debt. But KickStart’s pump was just the first step for Charles, as he can now water his entire farm in less than a day’s work due to further investments in irrigation technology. His most recent ventures focused on building resilience to climate change by constructing an artificial water pond, buying a water storage unit for his home sanitation, and obtaining more advanced water catchment tools.

With the help of his greenhouse, he’s able to harvest healthy fruits and vegetables, like tomatoes, kale, spinach and passion fruit. He uses what he grows to improve his family’s nutrition, and also sells to his community, enriching his neighbors’ diets during the “hungry” or dry season. When the pump has needed a repair, KickStart has always visited him to help, so that he never had to slow down his year-round farming business. In fact, he still has the same pump today, nearly eight years later, thanks to our team’s dedication to providing sustainable irrigation solutions.

In addition to creating different revenue strands, Charles also used the extra money he earned to invest in the future of his six children, and he couldn’t be prouder of their accomplishments. One of his son’s has completed an electrical engineering college degree in the United States and is now working in Texas through a green card. He also has two daughters in high school who are graduating top of their class, and he can’t wait to see what they’ll achieve.

After giving a tour of his farm and home, Charles told us smiling,

“I’m building a good life for my kids to come back to.” 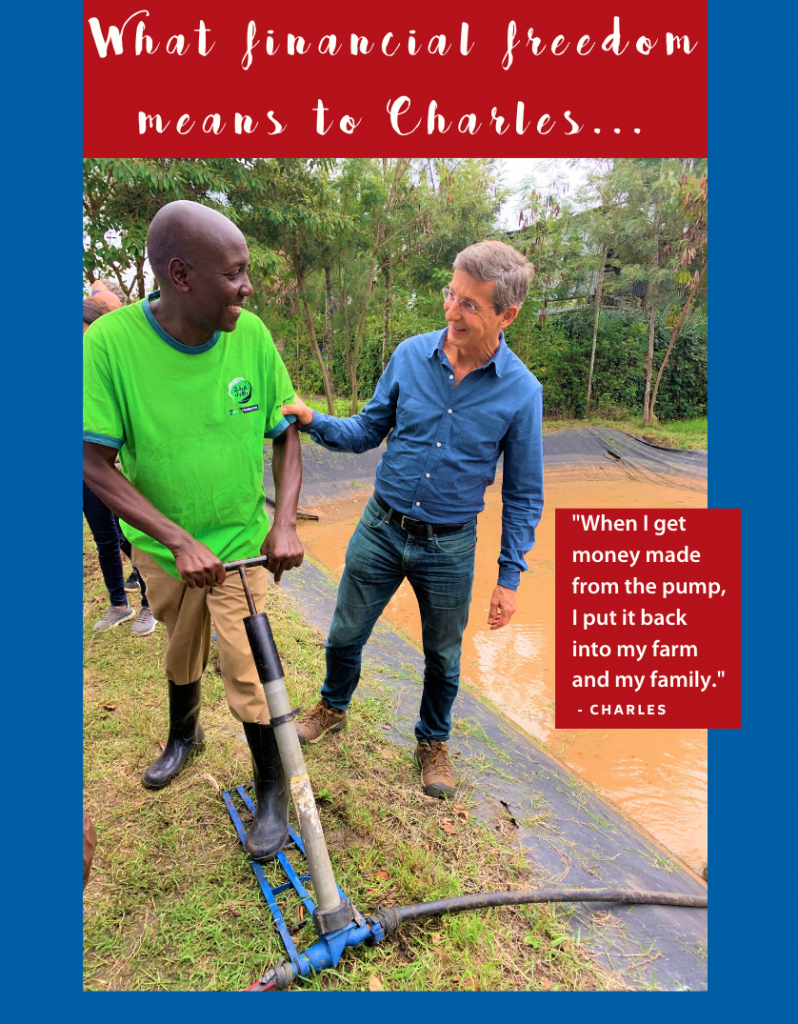