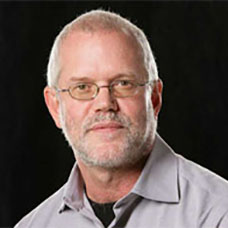 I am writing with a heavy heart to let you know that our beloved KickStart Co-Founder and Board Member, Nick Moon, lost his fight against leukemia on October 10th, 2018.

I was with him at the end, in the UK surrounded (in person and on the phone) by his loved ones. He was diagnosed in June, after feeling, ‘a bit under the weather’ for a few months. So he reluctantly left his home in Kenya, and went to the UK for treatment. The treatment was excellent, and his extended family was there to support him. He fought hard, as he always has, and he kept up his spirits, and the spirits of all those around him, as he always has. He survived through multiple rounds of chemo and immunotherapy. And he wrote stories from his life, to pass the time.

But in the end, the cancer wouldn’t give up, his body couldn’t take anymore, and a pneumonia set in.  And then, all too quickly he was in the ICU, his voice was gone, and his family and friends raced to see him. But he rallied once again, as Nick always has, and on his last night, buoyed by a blood transfusion and drugs, Nick was back briefly, he awoke with a smile and started singing, and dancing in his bed, we played music, talked about old times and assured him about the future. And then after a while, he told us, “class dismissed” and he waved us all away. And in the morning, while listening to the final words from those who so loved him, he peacefully passed away.

As I think most of you know, Nick and I met in Kenya in 1986, and we worked together at ActionAid, for 5 years, before we co-founded ApproTEC, which later became KickStart.

Nick always recognized the inherent drive and potential of every person he met, irrespective of their background, or their position in life.  And it was this belief that drove us to start ApproTEC/KickStart. Because as we worked together, we realized that the only real solution to poverty, was to give millions of people the chance to tap into that drive and potential, to start a profitable businesses, and to earn a lot more money. So we founded ApproTEC/KickStart with the simple mission: To lift millions of people out of poverty—quickly, cost-effectively and sustainably.

Nick was a carpenter, a builder and an entrepreneur (I was an engineer) so he taught me about construction and business. And we started with our stabilized-soil-block-press, and our fiber-concrete-roofing-tile making machines. Thousands have used them to start new businesses. But then we ran short of funds, so we designed our domed-pit-latrine-slabs, and we manufactured and installed over 40,000 of them in refugee camps in Northern Kenya. A huge task that only Nick’s organizational, technical and leadership skills made possible. Then we designed the sunflower oil-seed-press and the hay baler and pretty soon the MoneyMaker irrigation pumps. I went back to the USA to raise the money, and Nick stayed in Kenya, where he led the large scale expansion of our program and our impacts. The rest is history, bringing us to where we are today, with well over 1.3 million people who have now used our tools and equipment to climb out of poverty. And many, many millions more who have benefitted from the houses and schools built with our machines, the oil and hay pressed, and the huge amount of food grown with our pumps.

But without Nick, his drive, his talents and his leadership, none of this would have been possible, and there would be no KickStart. So all of this is his legacy!! And all of us, and so many others, owe him a huge debt of gratitude!

But, for those of us who knew him better, it was his passion for life, his sense of humor, his always upbeat attitude (whatever the situation), his deep interest in and caring for everyone he met, his amazing story telling and his love for his family and his friends, that really made Nick the man he was! So it is the many, many hundreds of us, that he touched personally; his family, his colleagues, his friends and his acquaintances (however briefly he met them) who are the ones who were truly blessed to know him.

Now Nick has left us to a better place, but his legacy will live on-and-on, through all whom he has touched, all whom he has helped (and that his work will continue to help), and most of all, through his beloved family, his colleagues and his friends.

It is really hard to say goodbye. But it was so good, and we were all so lucky, to have known him!

Thanks and best wishes to all
Martin

P.S. – Nick will be cremated in Camberley, UK on the afternoon of Wednesday, October 24, 2018. Please visit this page if you would like more details for attending this celebration of Nick’s life or to leave a condolence message for his family.