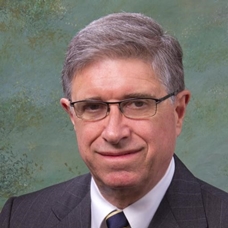 Bob Meaney has developed manufacturing businesses in Asia, Africa, and South America while working for Valmont Industries and Continental Can Company. In his 19 years at Valmont Industries he led the growth of the company’s global center pivot irrigation equipment business. Since his retirement as Chairman of Valmont International in 2012, Bob has helped to initiate the CIRCLES project which aims to bring better irrigation to small-scale farmers in sub-Saharan Africa.

Bob and his family have lived in China, South Korea, France and The Netherlands. He currently serves on the board of Infinity Property and Casualty Corporation and as Distinguished Fellow at the Water for Food Institute at the University of Nebraska. Bob is a graduate of Princeton University and has an MBA from the Wharton School of the University of Pennsylvania. From 1969 to 1972 Bob served as an engineering officer in the US Navy.